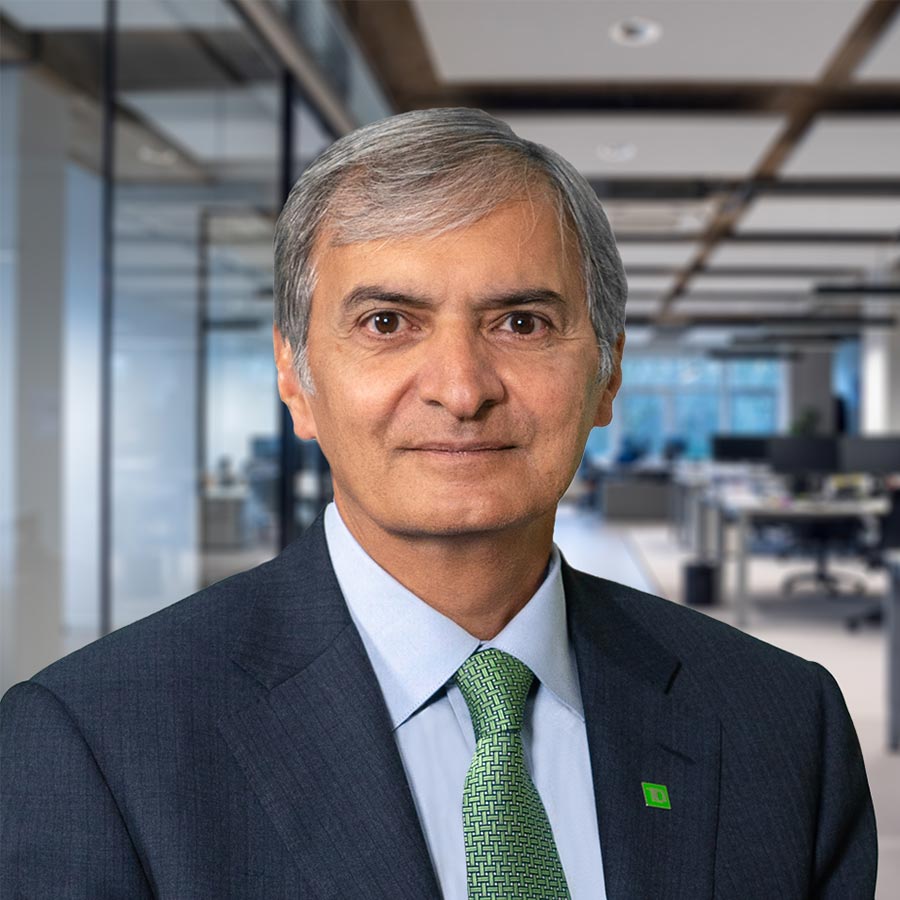 A passionate promoter of inclusivity and diversity in the workplace, Riaz chaired TD's Inclusion and Diversity Leadership Council between 2015 and 2018. He also co-chaired TD’s United Way fundraising campaigns in 2013 and 2014. He currently serves on the Board of Directors of Aga Khan Museum and is Chairman of Aga Khan Foundation Canada, National Committee.
Riaz holds a Bachelor of Commerce (with Distinction) from the University of Calgary. He obtained his Chartered Accountant designation in 1985 and was elected as a Fellow Chartered Accountant (FCA) by the Institute of Chartered Accountants of Ontario in 2013.
He grew up in Tanzania and later moved to Canada. He lives in Toronto with his wife and they have two grown children.