What are the prospects for inflation, interest rate hikes, and growth as Canada enters year three of the pandemic? 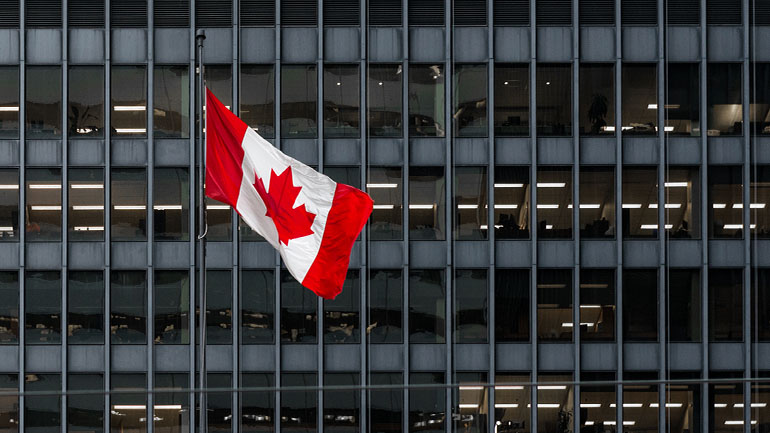 Next year economies, and by extension markets, are going to be walking a tight rope.
Heading into the final days of 2021, the recovery has been far more robust than we'd anticipated, largely driven by nearly unprecedented amounts of fiscal stimulus that were injected into economies (figures that were north of 10% of GDP in many cases). Reinforcing this massive spending boost, interest rates were slashed to zero and the vast majority of major central banks engaged in QE to push rates lower further out the curve.
As we go into 2022, we are going to see a lot of these trends start to unwind. We expect to see rate hikes in Canada and the U.S.; the BoE and some smaller central banks have already lifted rates.
This step back from providing stimulus makes a lot of sense. Unemployment rates are back in the normal range, and inflation is running hot pretty much everywhere. And it's really the inflation data that creates the risk here. Households typically overestimate how much inflation they face – so in an environment where measured inflation is north of 4% the pain on households is acute.

What does inflation data tell us?

The issue isn't as simple as 'inflation spiked'. The issue is that inflation has continued rising for a much longer period than we'd previously anticipated. We do expect it will moderate next year, given that there is still slack in the economy by many measures and energy prices have fallen from recent peaks – but the precise amount of slack is highly uncertain. Some extra measure of prudence may be called for here.
Supply chain disruptions have been widely blamed for this year's inflationary event, but they will eventually adjust. Goods consumption is well above pandemic trends, so it's understandable that we're seeing these frictions. When we get back to normal, we do expect to see some goods spending reallocated to services. But the timeframe for adjustment is unclear. The problem here, is that if inflation remains around these levels for another year, expectations could become unanchored. If current high levels of inflation become embedded in household expectations, it risks producing a self-reinforcing inflationary spiral.

This is the tight rope we'll be walking on

Policy makers need to pull back because inflation has been more persistent than expected. If it becomes too entrenched, the only way to fight it is through punishing rate hike cycles. In effect, the cure for persistent inflation is a recession.
On the flipside, if policy makers pull back too quickly, it will slow the recovery to full employment, and potentially lock in labour market scarring. Some scarring is probably inevitable as skills atrophy and some older workers leave the workforce entirely. Balancing these two risks is going to be tricky.

How could this all shake out?

First, growth will remain well above longer-term trends, but will be slower than the past year. Inflation will stay elevated peaking early next year. It will decelerate notably but we expect it to remain above 2% for the foreseeable future. The idea to take away here is that it will be an uneven process. Bond yields should finish next year higher than they are today, but it won't be a straight line. Looking at the economic data, the easy gains have been made.
We look for the Bank of Canada to hike rates in April, but Governor Macklem has left the door open to rate hikes as early as January. It's worth noting that the last two times the BoC lifted rates from emergency levels, they moved quickly back to the 1.00% level. So, we expect rates to move no later than the third quarter of next year. From there, the outlook for Canadian rates will be contingent on the Fed.
As much as the Fed is in catch-up mode, we still think there is good reason to look for Fed to take a relatively cautious approach to lifting rates. The tapering process in the US will likely conclude in March, and we don't look for the first actual rate hike in the US until later in 2022. It's worth noting that while levels of employment in Canada have fully recovered to pre-pandemic levels, the US labour market is still about four million jobs short of that mark. There is good reason to expect the Bank of Canada to lift rates ahead of the Fed.
In many respects, this is a good news story. The Canadian economy has made significant gains over the last six quarters, and the inflation we now face is the price of success. Interest rates will have to move higher to quell inflation, but we would be very surprised to see a return to the prevailing rates of the early 2000's. At last estimate, the neutral rate in Canada is somewhere between 1.75% and 2.75% - and those estimates have been trending lower over the years. While rates will move higher, they'll probably remain low relative to historical norms. If central banks can stick the landing, we look for the economy to settle back into its comfortable rut of modest growth and tame inflation within the next 2-3 years.

The views or opinions expressed herein represent the personal views of the speaker and do not necessarily reflect the views of TD Securities or its affiliates. This material is intended to provide commentary on economic, political or market conditions. Not Advice: The information contained in this material is for informational purposes only and is not intended to provide professional, investment or any other type of advice or recommendation, or to create a contractual or fiduciary relationship. Neither TD Securities (USA) LLC (“TD Securities USA”) nor any of its affiliates (collectively, “TD”) makes any representation or warranty, express or implied, regarding the accuracy, reliability, completeness, appropriateness or sufficiency for any purpose of any information included in this material. Certain information may have been provided by third-party sources and, while believed to be reliable, has not been independently verified by TD, and its accuracy or completeness cannot be guaranteed. Not Securities or Derivatives Research: This material has not been produced, reviewed or approved by TD’s securities or derivatives research departments. The views of the author may differ from others at TD, including TD securities or derivatives research analysts. Not Independent: The views expressed in this material may not be independent of the interests of TD. 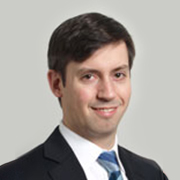 Andrew contributes to our firm's economic commentary and provides advice on developments in government debt markets. Prior to joining our firm, he spent four years working at the Bank of Canada in the International and Financial Markets Departments where he was responsible for analysis and forecasts on the U.S. economy, including coverage on market developments.