A focus on green metals investing 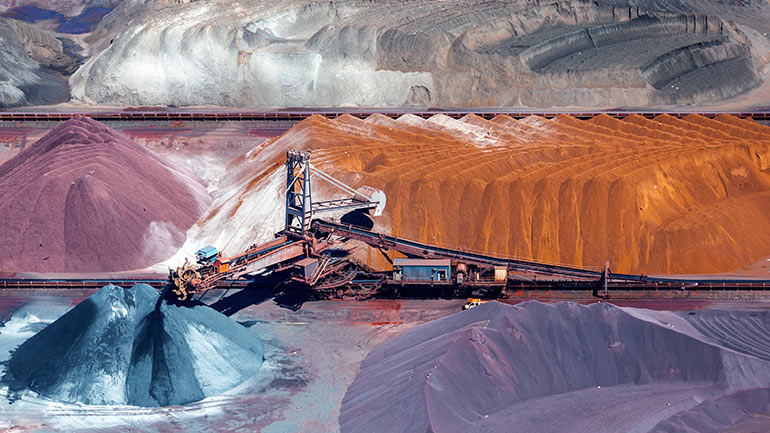 Cobalt is blue, nickel is yellow and lithium is a silvery-white. These days, however, these and at least two dozen other mining commodities are referred to frequently as “green metals” because of the significant role they play in the production of environmentally friendly technologies such as electric vehicle (EV) batteries and wind turbines.
They are in high demand. In Canada, where the federal government has rolled out an ambitious plan to cut emissions by 40 per cent below 2005 levels by 2030, there’s a strong push to increase both the production and procurement of critical clean-energy metals.
On a global scale, the fight to dominate the green metals space is fierce, as several countries – including Canada – vie for top spots in the world’s lithium-ion battery supply chain.
“What we’re seeing is a strong push for greater electrification, particularly for transportation, driven by concerns over climate change and decarbonization,” says Michael Faralla, head of global mining investment banking at TD Securities. “Along with that, we’re seeing more interest in building infrastructure – such as power generation, distribution and charging infrastructure – that supports electrification. So there’s definitely a renewed focus on the metals that go into these technologies.”
That’s welcome news for mining and clean energy companies. For investors, the renewed and fast-growing demand for green metals means fresh opportunities to put their dollars to work in companies and projects in the mining sector.
“We’re going to see, and have already seen, a strong price response – for example, nickel prices have doubled and tripled over the last year, and lithium prices are up significantly, four or five times from where they were five years ago,” says Mr. Faralla. “Prices in the short term are very strong, and there’s a view that in the long term, prices might go up even more, which is good for investors.”
A 2020 World Bank report highlighted a number of metals and minerals critical to a greener global economy, including aluminum, cobalt, copper, graphite, lithium, molybdenum and nickel. Some of these metals are used in multiple clean energy generation and storage technologies while others have more limited applications.
Mr. Faralla says investors may want to focus on mining commodities considered critical in today’s most prevalent electrification and clean energy transition technologies. “For example, copper is extremely important because it’s central to power generation and distribution infrastructure and is also a major component in electric vehicles,” he says. “There’s also nickel, which is one of the primary components in battery chemistry used by large electric vehicle makers. And of course lithium is the basis of all lithium-ion batteries.”
Cobalt and manganese are also used in batteries but to a lesser degree, says Mr. Faralla. While it’s a good idea to be aware of the lesser-known rare earth metals that go into products such as magnets and electric motors, it’s generally harder for retail investors to get exposure to niche metals, he adds.
Demand cycles are a factor investors should keep an eye on. As battery chemistry evolves, the minerals that go into the mix could also change, although it’s unlikely that EV manufacturers would want to change their battery chemistries every couple of years, says Mr. Faralla.
Investors should also plan for the emergence and growth – likely years down the road – of a secondary supply market for green metals. As these components are retrieved from retired first-generation EVs, recyclers will help create a circular economy in green metals, potentially reducing the need to mine from primary sources.
Whatever green metals investors choose to focus on, and whether they choose to support primary or secondary supply markets, research is key, says Mr. Faralla. Mining is an inherently risky business, so it’s important to choose projects with high-quality deposits that have a strong likelihood of being economically viable not only in today’s strong price environment but also years into the mining project’s lifecycle.
“Secondly, look for a strong management team with the skills and track record to advance these projects,” says Mr. Faralla. “And finally, if you’re supporting green metals because you consider ESG to be an important investment criteria, you’ll want to take a closer look at how the mining companies operate from a carbon footprint perspective, how they’re managing environmental risks like water consumption and tailings, and how they’re treating workers. These are factors that can add or detract to whether a metal is truly green.”
This story was originally published on June 10 as part of the Investing in mining special feature in The Globe and Mail, produced by Randall Anthony Communications.

The views or opinions expressed herein represent the personal views of the writer and do not necessarily reflect the views of TD Securities or its affiliates. This material is intended to provide commentary on the market for commodities discussed herein. Not Advice: The information contained in this material is for informational purposes only and is not intended to provide professional, investment or any other type of advice or recommendation, or to create a fiduciary relationship. Neither TD Securities (USA) LLC (“TD Securities USA”) nor any of its affiliates (collectively, “TD”) makes any representation or warranty, express or implied, regarding the accuracy, reliability, completeness, appropriateness or sufficiency for any purpose of any information included in this material. Certain information may have been provided by third-party sources and, while believed to be reliable, has not been independently verified by TD, and its accuracy or completeness cannot be guaranteed. You should not make an investment decision in reliance on this material, which is intended to provide only brief comments on the topics addressed, and is based on information that is likely to change without notice. Not Securities or Derivatives Research: This material has not been produced, reviewed or approved by TD’s securities or derivatives research departments. The views of the author may differ from others at TD, including TD securities or derivatives research analysts. Not Independent: The views expressed in this material may not be independent of the interests of TD. TD may engage in conflicting activities, including principal trading before or after posting this material, or other services involving commodities discussed in this material, or related financial products. TD may have a financial interest in the commodities discussed in this material, including, without limitation, a financial product that references such commodities. Not An Offer or Solicitation: Nothing contained in this material is, or should be construed as, an offer, a solicitation of an offer or an invitation to buy or sell any commodity, or any financial product that references such commodity, and it is not intended for distribution in any jurisdiction where such distribution would be contrary to law. Risk of Loss. Transactions in commodities, and financial instruments that reference commodities, involve risk of loss, and are subject to the risks of fluctuating prices. You should weigh potential benefits against the risks. Past performance is no indicator of future performance and the Materials are not intended to forecast or predict future events. Not a Valuation: This material is not an official valuation of any commodity mentioned herein. Any pricing information provided is indicative only and is not intended to demonstrate actual results that may be achieved by any transaction in any commodity, or any financial product that references such commodity. 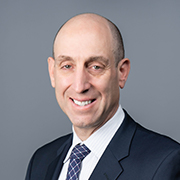 Michael leads a team of professionals across North America, Europe and Asia Pacific who provide comprehensive cross-border financial advisory services to mining companies globally, including capital raising and M&A. He has extensive experience advising on capital raising across equity and debt capital markets, drawing on his experience leading equity capital markets origination in the mining and oil and gas sectors within the firm.