Back to Bid Out Podcast

In Episode 46, European market structure expert Niki Beattie provides an update on key topics of interest in the UK, and across the continent. Listen in as she addresses the evolving discussion on the consolidated tape debate, examines the post-Brexit listings battle between Amsterdam and the London Stock Exchange (LSE), explains how the continent and the UK are diverging on Markets in Financial Instruments Directive (MiFID) rules for dark trading, and more. 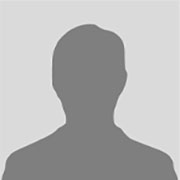 Niki Beattie is CEO of Market Structure Partners, a firm she founded in 2008, which provides strategic advice on financial market structure issues to global exchanges, clearing houses, technology firms, and market participants. As well as being an expert on financial market structure, Niki has been instrumental in creating competition and change in the European trading environment throughout her career.

This podcast was originally recorded on June 1, 2022.