How TD accomplished the fastest tech pivot in the Bank's history 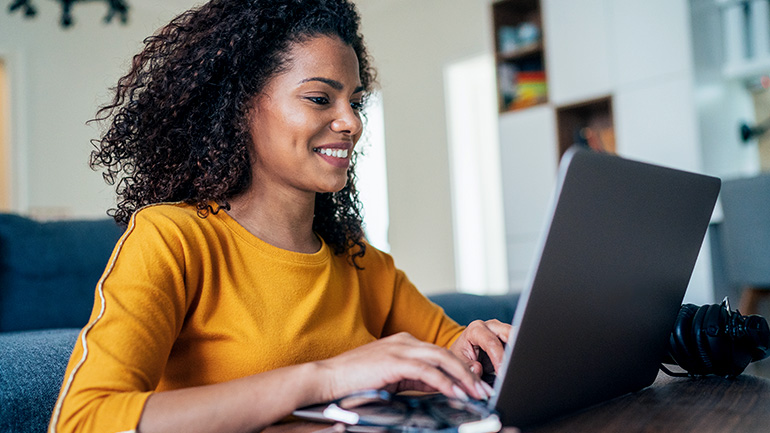 The challenge was clear, if not daunting: take a 165-year-old company in a highly regulated industry and safely transition almost all of its employees from working on-site, to working from home during a global pandemic.

According to Greg Keeley, TD's Executive Vice President of Enterprise Technology, planning a transition of this scale during the unprecedented coronavirus pandemic was going to require a whole new playbook. While the Bank has been investing in and evolving its technology strategy, the challenge the Bank would have to overcome was coming up with—and then executing—a strategy to condense months of work into a matter of days.

"There was a gap between where we were and where we needed to be," says Keeley. "We had the foundation in place, but we had to move quickly to reprioritize our tech resources," he adds. "Our customers and colleagues were counting on it."

The effort to safely transition these colleagues to working from home, while continuing to provide vital banking services to 25 million customers without creating an increased risk to cyber security, turned out to be the fastest technology pivot in the Bank's history.

It was five weeks before employees began clearing out of the iconic black TD Centre towers in downtown Toronto that Keeley and other senior leaders at TD realized the Bank would have to focus on entirely new priorities.

He and his team were monitoring daily reports from TD's office in Singapore, where the coronavirus was providing an early glimpse of how the virus would affect governments and businesses globally. With every report, the situation was intensifying.

While people in North America were going about their daily lives, Singapore's government had sounded an early alarm; upgrading the severity status of the outbreak.

Not a routine Monday

On February 10, TD's Enterprise Technology team was directed to move 30 TD Securities traders from its Asia trading operation in downtown Singapore to a remote location 15 kilometers outside the central business district, in order to keep them safe.

Based on learnings from Singapore, and as the global implications of the virus were becoming clearer, Keeley's team created a war room, which at first was a joint physical space in both downtown Toronto and Mount Laurel, New Jersey, before it went virtual. This was where many decisions about creating a new technology blueprint for the Bank would be made.

By March 23, life in North America had changed. The border between Canada and the United States had closed to all non-essential travel, and anyone entering the country was ordered to self-isolate. News of community-spread cases were about to dominate the headlines.

That was the day that executives in the war room and TD's technology team began transitioning US traders to trade from home via dedicated Remote Access Point devices installed at their homes.

As the global reach of the pandemic was escalating, so was the work being done to prepare for a workforce pivot and increase and enhance the monitoring of cyber security risks linked to enabling such a large employee base to work exclusively off-site. By mid-March, the technology team reached a big milestone: achieving enough remote access capacity for 100,000 employees to work from home, compared to less than 20,000 a few weeks earlier.

"That was one of the major milestones for us as a team and for the entire Bank," says Keeley. "We worked hard to create more work-from-home capacity than we currently need. Not only do we now have a majority of our employees working remotely, we are prepared for future needs."

Viruses of a cyber kind

Limiting change to technology systems and processes, to avoid creating cyber risks, was a major priority during the workforce shift. For Keeley and others in the war room, making decisions to get TD's employees working from home, while continuing to protect the Bank from elevated levels of cyber threats and not create increased risk was akin to flying the plane while building it during an unprecedented event with no room for error.

As part of the TD Fusion Centre approach—which brings together members of the Bank's risk and control departments with technology, fraud and cyber security teams—the team monitored and assessed potential threats from multiple angles to anticipate potential employee and customer impacts.

According to Keeley, the agility the Bank has demonstrated in response to COVID-19 will impact the way it operates in the future.

Executing on the strategy to rapidly mobilize the enterprise to work from home by reprioritizing resources, while ensuring the physical and cyber security of critical Bank operations, has been a massive effort involving many teams across the Bank.

"Nobody has done this before, there's no roadmap or script to follow," says Keeley. "I've seen how quickly this organization can organize and execute when our customers and colleagues depend on it and know we will look back on this as a proud moment in our transformation journey."

This article was originally published on TD Newsroom.