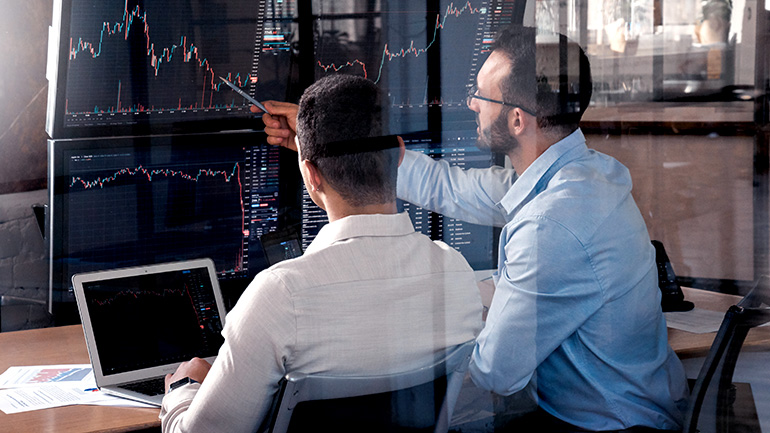 “There was no doubt in our minds that this was seismic,” says Mark Byrne, director, fixed income origination and syndication at TD Securities in London. He’s talking about the moment three years ago, when the UK Financial Conduct Authority confirmed plans to end the use of Libor in 2021.
“We had a sense of disbelief that such a huge change would actually happen that quickly — but we knew that if it did, it would be very big deal indeed,” says Priya Misra, global head of rates strategy at TD in New York. “Libor is the most important number in the financial markets, whether derivatives, cash bonds or loans.”
TD resolved to start preparing early, and as a result has accumulated as much expertise and knowledge of the alternative risk-free rates space as any house and it has led almost all of the landmark transactions.
“We were able to get the right resources looking at it early on, and then it was easier to expand from there,” says Byrne.
The early work saw it act as a structuring advisor for the European Investment Bank when it issued the first ever Sonia benchmark in June 2018. It put around eight months of work into that first transaction, says Byrne. “It was a huge blank canvas in front of us.”
The next milestone quickly followed, with Fannie Mae issuing the first Sofr benchmark, another TD-led deal. “Sitting here in London covering SSAs doesn’t cross over too often with the GSE space but the setup of the team at TD —we have one SSA team across jurisdictions — really helped with the cross-pollination of ideas,” he says.
The firm’s experience with Sonia in the UK, and the fact that the reference rate had been in operation for some time, helped it to inaugurate the Sofr market — an entirely new rate — in the US. “Sonia liquidity was pretty good even in early 2018 so the ability to tap into the knowledge we had in the UK from the Sonia market was very useful for the US market to develop,” she says.
Further, TD ranks highly in GSE debt league tables, and is familiar with traditional investors in the product, says Misra. The initial Sofr structure was modelled after the Fed funds floater market, but since then the structure has changed as the investor base grew.
TD is also part of the Alternative Reference Rates Committee (ARRC), the US industry group charged with developing market conventions and fallbacks. The work on industry consultations, dialogue with regulators, understanding the issuer and investor perspective, and the derivatives transition all played a part in building expertise, says Misra, who represents the firm on ARRC.
After those first EIB and Fannie Mae deals, the list of milestones continued to grow in 2018: first Sofr benchmark for a supranational (World Bank, August), first FIG/corporate Sofr benchmark (Met Life, August), first FIG Sonia benchmark (Lloyds Bank, September), first muni Sofr FRN (Triborough Bridge, September), first green Sofr bond (African Development Bank, November) and first compounding Sofr benchmark (EIB, November).
TD’s early leadership in Sonia and Sofr brought benefits beyond bond mandates, leading it down paths in derivatives, loans and client advisory that it wouldn’t otherwise would have had.
“The more we did in the space, the more we had clients from all sides come to us for advice on a whole range of topics such as liability management or on loans, all the time sharing our own ongoing experience and how we updated own systems,” says Byrne. “It was a huge opportunity for us to step up in an advisory capacity across the spectrum and outside our typical day jobs of new issues.”
But with the clock ticking down to the end of 2021, the level at which those conversations are taking place changed. “It’s now right up there for CFOs on the list of risks they need to consider,” he says.
On the bonds side, the inaugurals have kept coming, notably the first €STR benchmark — another inaugural for the EIB — in October 2019, and once again, TD was able to leverage its experience.
“When we did €STR we were talking to largely new investors that hadn’t been involved in the Sonia and Sofr developments and we had the experienced people in sales who were able to explain it in depth,” says Byrne.
The first index-linked Sofr and Sonia deals followed this year but Byrne is clear that the structures aren’t being created for the sake of it. “If you’re a corporate treasurer all three of your main products — derivatives, bonds and loans —are linked and you can’t do them all differently,” he says. “We’ve been very careful about trying to think what the end goal is.”

This article was originally published on September 30, 2020. Reprinted with permission from GlobalCapital.