Where are markets headed in Q4?

How will Fed tapering and COVID-19 variants impact healing economies? Is cryptocurrency a pioneering technology or a Ponzi scheme? How is regulation affecting Decentralized Finance (De-Fi)? Moti Jungreis shares his thoughts with Peter Haynes as they discuss hot button topics many market participants are watching closely. 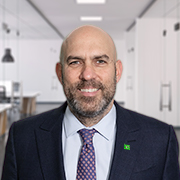 This podcast was originally recorded on September 29, 2021.