Fostering an inclusive workplace: Understanding microaggressions and their impact

Our Minorities in Leadership employee resource group is proud to present a conversation with Dr. Gervan Fearon. Developed and moderated by Michelle Lam and Marvin Au, this conversation explores the definition of a microaggression, examples of it in the workplace, tactical approaches for addressing microaggressions and advice on how to foster an inclusive workplace.

Interested in a career in capital markets and investment banking? Find an opportunity that fits you 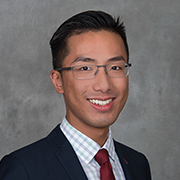 Marvin has over twelve years of experience in Securities Lending, Prime Brokerage, and Risk Management. His responsibilities include covering hedge funds, pension funds, agent lenders, and broker-dealers. Marvin has a deep understanding in various asset classes, and has experience establishing and managing relationships with major institutional clients. Having lived in Hong Kong, Toronto, and New York, Marvin appreciates the importance of diversity and inclusion, and is an active member of our firm's Minorities in Leadership Committee. 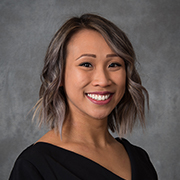 Michelle manages the derivative credit needs of a portfolio of clients. Prior to joining TD Securities in 2015, Michelle obtained her CPA, CA designation while working at EY in the assurance practice. Michelle is passionate about diversity and inclusion and enjoys giving back to the community through our firm's many D&I initiatives, including partnering with our Women in Leadership Committee and Minorities in Leadership Committee.

This podcast was originally recorded on September 13, 2021.