Fintech and investing in an innovative future

Fintech is influencing how FIs are leveraging technologies like blockchain, algos and regtech. Does embracing innovation mean taking on more risk, and is all risk considered equal? Ty Panagoplos sits down with Diana Paredes and Anthony Juliano to explore regtech and venture capitalist perspectives on how large firms balance these modern platforms and partner effectively with fintechs. 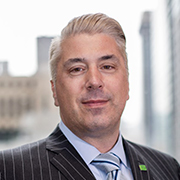 Ty Panagoplos is the Chief Information Officer for TD Securities and TBSM. He is responsible for leading and directing all activities related to TD Securities’ and TBSM’s IT strategy including the design and delivery of optimal technology solutions that support and advance the business strategy. Ty is also a member of the Innovation, Technology, & Shared Services Executive Team, where he represents the interests of the TD Securities and TBSM businesses to the broader organization. 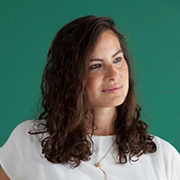 Diana Paredes is the CEO and Co-Founder of Suade Labs, a software platform that enables financial institutions to understand and deliver their regulatory requirements. Prior to founding Suade, Diana had a successful career in investment banking, covering all asset classes at Barclays and Merrill Lynch, across sales, trading & structuring. Whilst working in the industry, she saw an opportunity to innovate and launch her current Fintech/Regtech startup. She believes that a data-driven approach to regulation is the key to preventing the next financial crisis. 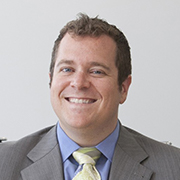 Anthony Juliano is a seasoned veteran of IT Operations and Technology Innovation. His professional history includes technology strategy, enterprise systems, network administration, and infrastructure/architecture operations for a variety of technology corporations. At Landmark, Anthony directs IT Operations and controls the firm’s enterprise technology strategy. As a Landmark advisor, he’s worked with more than 300 CIOs/CTOs from F500 Enterprises and advised more than 50+ early-stage technology companies on strategic growth and execution. He takes a big picture approach to understanding the role of innovation in a rapidly changing landscape, leveraging a deep understanding of the dynamics between technical underpinnings, market demand, and enterprise operations.

This podcast was originally recorded on November 2, 2021.