How are rising interest rates impacting banks and housing markets?

Amy Van Arnhem talks with Mario Mendonca, Canada's leading analyst on financial institutions, about the movement in interest rates, what they mean for Canadian banks' future earning power, impact on the housing market and consumers.
Mortgages have been an important driver of bank ROEs. With low mortgage losses and strong growth for a long period, will rising interest rates turn off buyers and in turn affect bank results? 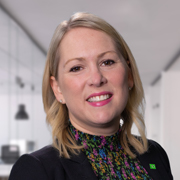 Amy is responsible for providing holistic cross product global coverage to senior executives for Canadian institutional clients. In her role she manages stakeholder relationships by promoting a collaborative and integrated approach across the firm. Joining our firm in 2001, Amy began her career at TD in the retail sector. In 2007, she joined the Sales and Trading rotational program at TD Securities where she gained exposure in Asset Securitization, Proprietary Equity, and Institutional Equities. In 2008, she joined the Institutional Equity Sales desk team where she covered Canadian equity clients. 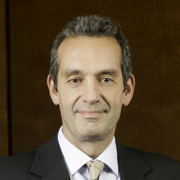 Mario joined TD Securities in October 2013 and covers the financial services industry. Mario is a top-rated Financial Services analyst in Canada as rated by institutional investors in the most recent surveys. In the latest Brendan Wood survey Mario was rated #1 on the banks and #1 on the insurers. In a previous Brendan Wood survey Mario was also rated Canada's Top Gun analyst. Prior to joining TD Securities, Mario was with Canaccord Genuity and Genuity Capital Markets where he worked with clients of different scales including medium to large sized firms, foreign, domestic, and public and mutual life insurance institutions. Mario started his career at Ernst & Young in the Financial Services Group, he later transitioned to CIBC World Markets as a Managing Director covering life insurance and mutual funds.

This podcast was originally recorded on September 7, 2022.